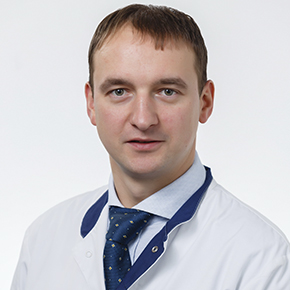 Professional interests include the introduction and active use of modern high-tech treatment methods in general urology, endourology, oncourology, andrology.
Widespread use of laser technology and robotics in urology.
A unique and exclusive experience in Russia has been accumulated in the treatment of patients with prostate adenoma using transurethral laser vapoenucleation.

I regularly publish in Russian and international publications (I have more than 100 publications in domestic and foreign literature).
I am the head of the international department of the Public Association "Men's Health".
I take part in the work of the Russian and Moscow Society of Urology. I regularly attend and make presentations at international and Russian urological congresses.
I participate in clinical trials at different phases of the study.