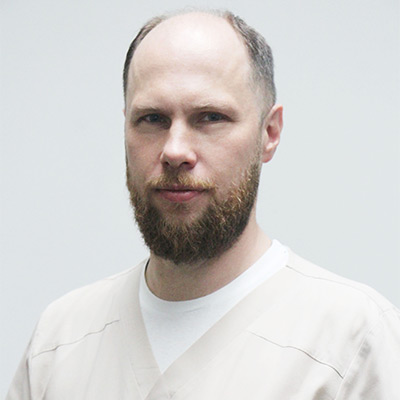 I would like to express special gratitude to my attending ph ysician Alexei Nikolaevich. The doctor did an excellent job. I suffered for a long time with serious illnesses, and could not understand what was wrong with me. But Alexey Nikolaevich gave me an accurate diagnosis, performed an operation, for which I am very grateful. I give him my thanks. Thank you very much! More of these doctors! deploy...

With all my heart I express my gratitude to Alexei Nikolaevi ch Bachurin for his professionalism, benevolent, sensitive attitude to his patients. I wish you good health and success in all your endeavors. Best regards, grateful patient A. G. Chilingaryan. deploy...

I was with Alexey Nikolaevich for a gastroscopy procedure, a super professional doctor! All my fears were dispelled even before the procedure, during the time he and the nurse helped and encouraged, at the end they even praised) I did not expect that there is absolutely nothing nightmare in this study with a competent specialist! I highly recommend Alexey Nikolaevich! Thank! deploy...