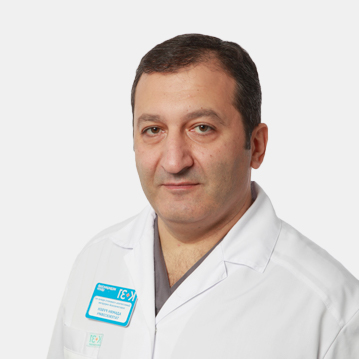 I thank Ruben Tatevosovich that he, as they say, gave me a s econd life. May Allah give you health and success. I had hepospodia stem form in 2013, I had an operation, I am married and I have two children. Low bow to you. deploy...

I had a circular blepharoplasty two years ago. On a score of 4, I would say: the eyelid above the right eye has become asymmetrical in relation to the left. I arrived (03/26/2020) to your consultation in order to find out your professional opinion on this matter. You, alas, could not admit your not very professional work and said: I do not see any asymmetry (((. 5 plastic surgeons before this consultation recommended me a second operation to eliminate the resulting asymmetry of the eyelids. Maybe you were scared that I would ask for a discount on a new operation? No! No more foot to you! deploy...

Many thanks to the head of the plastic surgery clinic, Profe ssor Ruben Tatevosovich Adamyan, and the plastic surgeon Fyodor Yanovich Kraskovsky for their high-class work and attention. I am very pleased with the result. I underwent plastic surgery of the gastrocnemius muscle. The hospital has created very comfortable conditions for patients. Thanks to all the medical staff! deploy...

An excellent surgeon and a wonderful person! I underwent a c ircular blepharoplasty, the result is excellent! Thank you so much! deploy...