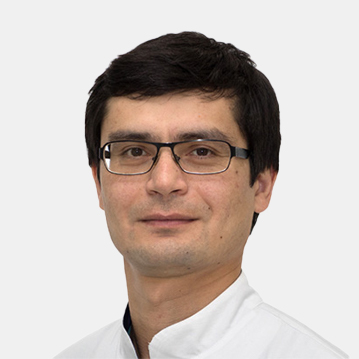 Advanced training courses in andrology at the Department of Urology of the Moscow State Medical University (under the direction of Prof. A.S. Segal), a certification course in ultrasound diagnostics at the Department of Urology of the First Moscow State Medical University named after I.M.Sechenov, a certification cycle in the specialty "Organization of public health and public health "And" Management and Economics of Pharmacy "on the basis of the Faculty of Management and Economics of Health First MGMU them. I.M.Sechenova

author of more than 50 scientific publications

Thank you very much to the doctor Timur Soblirov! I made a d iagnosis with such ease. I am very pleased with the treatment. They found a stone in the ureter, Timur Borisovich said that he would kick it out with medication, without surgery. And indeed he succeeded. Thanks doc! deploy...