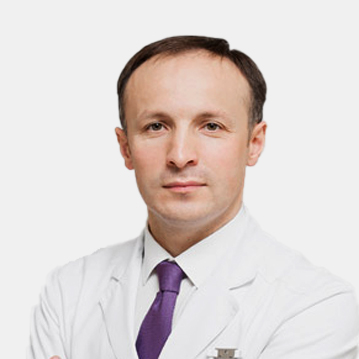 Minimally invasive treatments for the following urological and oncological diseases

I have been suffering from diabetes for more than 4 years. E very year I do an ultrasound of the liver. In December 2017, during the next examination, an ultrasound scan of the liver revealed a small cyst. The endocrinologist sent for a CT scan where the cyst of the right kidney was initially found (the liver cyst was subsequently not confirmed). No treatment was prescribed, they said follow-up, ultrasound and CT scans in 3-6 months. After another examination in March 2018, the diagnosis is almost the same. I was consulted by a urologist-oncologist. He said education is small, there is no need for surgery. No treatment was prescribed either. Only dynamic observation. Arriving home, I began to look for alternative options on the Internet. I found the site of the clinic "Help with kidney cancer and tumors Pshikhachev Ahmed Mukhamedovich". I wrote an e-mail to Akhmed Mukhamedovich with extracts and photographs attached. After looking at my pictures, he answered me by e-mail after an hour that he could resect the right kidney while preserving the kidney. In addition, he explained in detail the features of the upcoming operation and the most likely prognosis of my disease. After that I decided to have an operation in Moscow. The operation was successful. The tumor was removed within healthy tissues, and the kidney was preserved. 3 days after the operation, I was able to go home to the Krasnoyarsk Territory. Two months after the operation, a series of MRI tomograms shows a picture of postoperative changes in the right kidney. There were no data for the recurrence of a mass of the right kidney. Ahmed Mukhamedovich! You are truly a Doctor with a capital letter and a very talented surgeon! Thank you for your work, for your love for people and for your profession. Special thanks to the head of the urology clinic, attending physician Osmolovsky Boris Evgenievich - a professional with a capital letter. Also, a big gratitude to the staff of the intensive care unit and hospital, nurses for a job well done. Thank you from the bottom of my heart. Best regards, Nikolay Ignatov. deploy...